After a political Christmas, I’d really like to get back to all the nice stuff: health, extended youth, fitness and beauty. Healthy lifestyle. But Trump won’t let me.

Trump’s image is always there at the back of my mind, standing tall and available for all. His voice keeps thudding away and then back central, in a to-and-fro hemi-silent inner game. Who’s actually playing impishly in my mind?

What are you thinking of?

A few weeks ago I sarcastically answered the well-known question on Facebook, saying I was thinking of Trump. My sarcasm was aimed at Romanians racking their brains night and day about America’s fate.

And what would Americans do? How would the whole world change? This, while their own country was a circus ring for political fauna to thump.

Well, yesterday I felt like answering that question again. What was I thinking of? Trump, of course. This time via some controversial figures on the Romanian scene. A dirt-scene of a larger than life battle come overnight into the open.

Security agencies have overflown with secret agents and double spies who are these days crossing their swords on the public arena. Each a Hydra with numberless heads of all sorts. All areas of activity and state powers seem to have been pumping poisonous blood into these monstrous creatures. The Parliament, political parties, the law system, the successive governments, the mass media, the business coterie and various secret services.

All sorts of officers and agents—multiple, undercover, old and new—have got down into the pit to fight.

Cold from the west

That’s why, starting with yesterday, it’s these monsters that have been triggering thoughts of Trump to me. Trump, powerful and impassible, smiling an impish smile.

Therefore my cortex teems with Sebastian Ghita, a fugitive mole, even when I’m not in front of the TV. Otherwise you’d say his image is a screensaver. His series of unveiling videos has been on 24/7.

Trump’s cold, cold smile and the cold weather outside are storming the name Cold-ea into my mind. Florian Coldea, the executive head of the internal intelligence service. As well as Condrea, an undercover businessman-agent put down about seven months ago. The look in Ghita’s eyes at the time and his trembling voice come back to me. The all-powerful Ghita was frightened to death. It was when he changed sides and entered a new scheme.

Where does Trump come into the picture?

With this dernier coup my mind got a fresh restart. And many names are now placed in a set order, more clearly than ever. Yes, I get the extended picture of an intricacy of networks. So thoughts keep coming back of Dincu, Maior, Ponta, Pop and a prestigious gallery of Parliament members and other politicians. As well as of extremely popular journalists, historians, sociologists and political commentators.

My subconscious knows better. The old Securitate has defeated the new intelligence services. A fresh restart of stale secret services.

But where does Trump come into the picture? Well, he does. In my subconscious.

And now, a bit of a laugh. While the world is being turned upside down in search of fugitive agent Ghita, the television station he owns broadcasts non-stop the mogul’s videos recorded in hiding. The whole series embedded in a well-planned, well-directed and acted live show.

In the end, a weeping matter. Against this turbulent background, the greatest electoral victors in Romania’s recent history are touring news studios with buckets of tears.

Confronted with so many obstacles and threats, their only hope is the media. The media that brought them to power. Isn’t this pathetic? 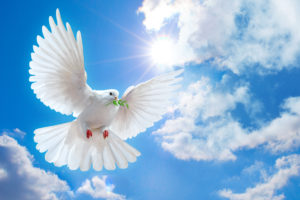